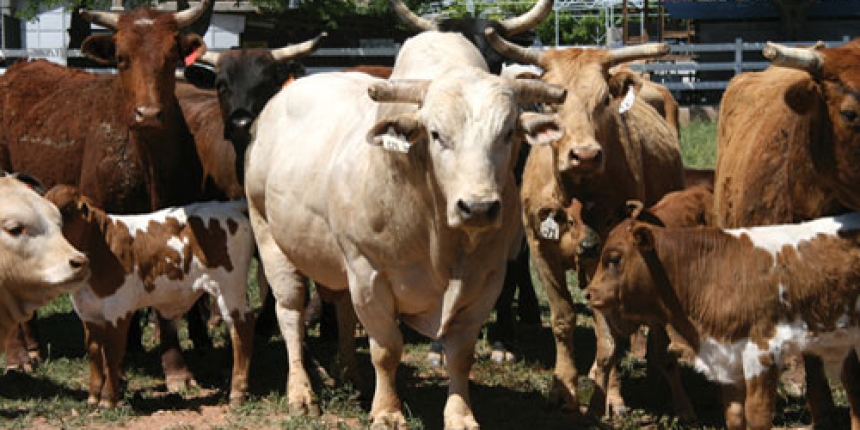 The sport of Bull riding and its professional arm, the PBR (Professional Bull Riders), is one of the fastest growing sports in the United States.  An important participant and champion breeder of bucking bulls for the professional events is Cody Ohl, a six time PRCA (Professional Rodeo Cowboys Association) Champion and fifteen time NFR (National Finals Rodeo) qualifier.  Cody, who breeds bucking bulls on his ranch in Hico, Texas (90 miles SW of Ft. Worth) says, “...you know, everybody brings a pot load of bulls, which is 40-50, and I show up with only 10.  And my 10 get as much feedback as somebody that’s bringing 40 bulls.  We’re doing something right, and it’s working.”

Cody also says about raising bulls to perform, “It’s all about nutrition and feeding and caring for your animals to be a success.  You learn what it takes for them to feel the best and to be the best they can be.”   To help make his animals the best, Cody uses SweetPro non-molasses Distillers Grains blocks to supplement his herd’s forage.  Put out only every ten days, these complete vitamin and mineral blocks have an NSC (non structural carbohydrate) level of 5%, essentially being “predigested” for the animals by yeast.  The SweetPro blocks also feature high bypass protein, chelated trace minerals, four classes of viable digestive enzymes to break down fiber, protein, starch and phytic acid, along with multiple classes of prebiotics that build the good fiber digesting microbial populations in the rumen.

As a result, Cody’s animals are twenty-five percent more efficient in their digestion.  This digestive efficiency not only saves him in forage costs, but has marked a dramatic increase in the health and fertility of the bulls, cows and heifers, while also increasing the health and strength of his calves.  Cody says, “SweetPro is unbelievable. I had a 90 percent conception rate on my cows last year and it keeps my bulls healthy, shiny, content, which leads to great performance.”  Since being on SweetPro, “...their energy level has gone up and their performance has been second- to-none.

Cody runs SweetPro 225 pound Kaf Kandi blocks with his bulls and SweetPro16 250 lb. blocks with his cows, heifers and calves.  Additionally, the working bulls are fed SweetPro’s, “EquiPride” along with a grain ration.  EquiPride, is a much more potent form of SweetPro and it gives the bulls an extra edge over their competition.  They can make multiple runs at full strength and without tiring as quickly as bulls not using it.  It also helps keep Cody’s bulls from developing shipping fevers while in transport to and from events.

Other premier bull suppliers to professional rodeo events, like the Diamond G ranch in St. George, Utah (home of elite bull, “White Magic”, 93% buck off and nominated for 2007 PBR Bull of the Year) also use SweetPro with their working and breeding stock bulls.