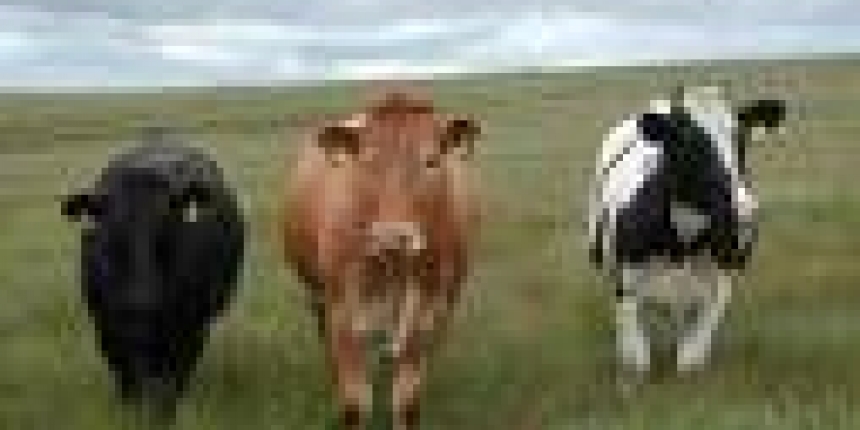 US - Climate change has come to the center of attention amongst a group of scientists in America, who believe that climate change is helping to expose new pathogens to livestock the world over. Human encroachment into uninhabited parts of Southeast Asia exposed people to unusual animals and previously unknown pathogens, and global travel carried a tropical zoonotic disease to Toronto in 2003, Dr. Barrett Slenning told a gathering of public health professionals. According to the American Veterinary Medicine Association, that transmission chain for severe acute respiratory syndrome would have been nearly

impossible only a few decades ago, said Dr. Slenning of the Population Health and Pathobiology Department at the North Carolina State University College of Veterinary Medicine.

"Economic globalization and climate change combine to allow people, plants, animals, products, markets, vectors, and contaminants to move very rapidly across the globe, creating a changing mix of biological systems with which we have never had to deal before," Dr. Slenning said, adding that the dynamism of that mix augments the complexity of challenges in animal and human health.

Dr. Slenning made the comments during a presentation Dec. 11 for about 250 public health professionals gathered at the sixth annual One Medicine Symposium in Durham, N.C. The two-day meeting starting Dec. 10 was titled "Earth, Wind, and Fire: a One Medicine Approach to Climate Change."

The symposium's speakers largely agreed that climate change—particularly warming—is occurring, and there was no debate or rebuttal on those points during presentations or Q-and-A sessions.

The AVMA policy on Global Climate Change and Animal Health, which was approved in November 2008, states "climate change has serious far-reaching negative implications for animal and ecosystem health" and it encourages a one- health approach, enhanced governmental response capacity, research, surveillance, and development of educational initiatives related to climate change, animal disease, and animal health.