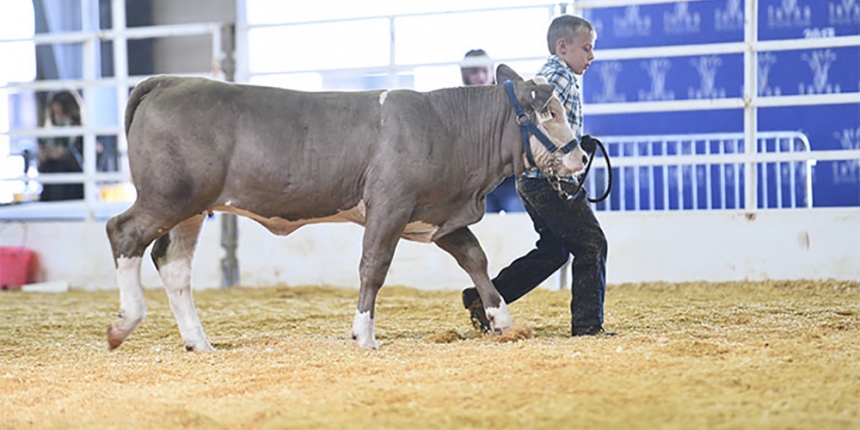 Article courtesy of comments from breeders

After watching a documentary in early 2004 on the Belgian Blue Cattle we were intrigued by the breed so we researched Belgian Blue cattle to learn more about the breed. What we found scared us; large births, calving problems, and C-sections, etc...  So we decided against the blue breed and put together a herd using commercial bulls. However, we were not happy with our weaning weights. It did not matter what we fed we could not seem to wean a calf heavier than 450 pounds at 6 months.

We decided in early 2014 to re-investigate the Belgian Blue cattle. Due to a small number of breeders, it took some work on my part to locate breeders.  I was finally able to talk to several breeders that gave me valuable information about how the breed has improved in calving ease and conformation. I was told that if I used an American Blue bull on my commercial cattle, I would not have any more calving problems than if I used any other breed of bull.
What is the difference between an American Blue versus Belgian Blue? American Blue cattle has years of selective breeding to improve ease of calving and structural soundness.  We were also told that we would see an increase in our weaning calf weights.  We purchased our first Fullblood bull in 2014.

We were excited and leery awaiting our first half blue calves. Had these breeders been honest with us?   Yes, they had, our first calves were born hitting the ground weighing between 65 to 70 lbs. All was good but would these calves grow like we were told they would? Again yes, our calves were averaging 150 pounds heavier at weaning on the same cows that we had been using for four years.
In the four years that we have used the American Blue bulls, we have found our half-blood calves gain on average 3+ pounds per day on good milking cows and this can increase with higher protein feed before and after weaning.
There are several aspects to the blue cattle, however, the most important aspect is the myostatin gene.  The myostatin gene is what makes up the American Blue cattle. Full blood bulls carry two copies of the myostatin gene; this gene makes these bulls homozygous, meaning that every calf they sire will get one copy of this gene. This gene is what makes these calves grow so well. It is not possible for commercial cows to produce a calf that is heavily muscled because commercial cattle do not carry the disruptive myostatin gene which causes the blues to have the added muscle.
We are very proud that we decided to try the American Blue bulls on our commercial cattle, it has been a good venture. 2/s Beligian Blues, belgianblues@yahoo.com

American Blue are bred to do the job as any other breed of cattle. With careful breeding they are not as extreme in the US.  We strive for natural calving with low birth weights and correct structure.
Many would wonder why add American Blues to your program? First, they are a very docile breed, very easy going. Second, they complement any crossbreeding program, easily adding pounds at weaning, which in turn adds profits. Third, they are an early maturing breed with a shorter gestation period.
Many people who have never been around the American Blue are very surprised on how docile they are. They are not high headed and run off at the drop of a hat.
The quality of American Blue meat is extremely tender due to shorter, finer muscle fibers. With minimal fat and greater moisture content establishes an exceptional flavorful and healthy product.

Why the American Blues?
• Extraordinary muschle development
• Great tenderness of the meat due to the fineness of the muscle fiber.
• Extremely lean, tender and healthy beef
• Genetically tender beef without the fat cover
and marbling
• Higher percentage of quality cuts
• More quality cuts in the forequarter
• Cattle have a docile temperament
• Short gestation length
• One of the highest yielding carcasses
with dress out of 68%-72%
• Compliment to any crossbreeding program
• Great terminal sire breed 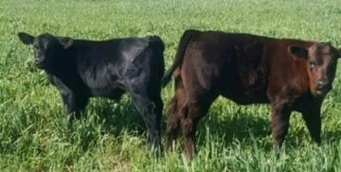 Benefits of Crossbreeding
Beef producers have been benefiting when using a American Blue bull as a terminal cross sire. American Blue crossbred calves result in increased carcass yield as compared to other crosses. The American Blue bull will put more weight and muscle on the calve’s frames.
Butchers often pay premium prices for both steers and heifers knowing there will be a higher yield and more saleable meat.